You may not agree with the above statement which means that you are lacking in American Etiquette.  American Etiquette is the American way to live your American life blindly as an American patriot.  Perhaps you don’t watch enough Fox News and need to reinvigorate your belief in America and remind yourself that contrary to popular liberal opinion, we don’t need to move forward to improve; we simply need to remember the good old days of the American Renaissance.

American Etiquette:  Failing upwardly in a Fox News Nation is a satirical guide that will teach you how and when to blame the President, how being a horrible parent can actually help your children be more American, why you need to believe in guns, how being fat helps all aspects of our fledgling economy and even the little known fact that being rich is way better than being poor (contrary to what liberal bloggers would have you believe).

American Etiquette is a must have for Americans because any good American knows that buying stuff with no resale value stimulates our economy.   This book will teach you to constantly live in fear, trust the police, learn how to deal with immigrants, drink, and realize that no laws apply to you if you are a sports celebrity. America Rocks! Now learn how to behave as an American!

Aaron Berg is a comedian and an author.  His first book Mr. Manners : Proper Etiquette for the Modern Degenerate was on The Amazon Bestseller Lists  as #1 Parody and #1 Etiquette and was called “Obscenely Hilarious!” by Vipp Jaswal at FOX NEWS RADIO and “Dark. And Hilarious.  And Dark.” by Paul Provenza (creator of SHOWTIME’S -THE GREEN ROOM).

BUY IT NOW!
Tweets by @aaronbergcomedy 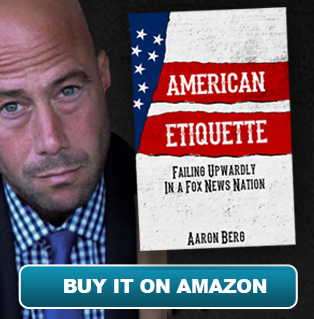 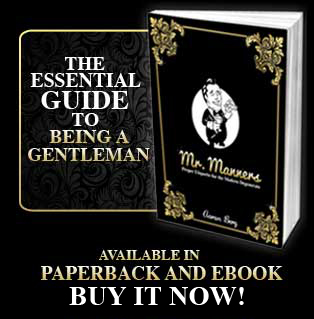